I grew up in Bionaz, a small village in the heart of the Alps. During summer, since I was 5 years old, I used to help my father to graze cows in the mountain and produce Fontina cheese. When I was 14 years old, my family started a touristic business (with a mountain resort and a hotel) and, due to my passion for dairy animals, my father gave to me to run the dairy farm during the summer. I did that job until I was 19 years old, i.e., when I became a student in agriculture at Università Cattolica del Sacro Cuore, Piacenza, Italy. In October 2000, I graduated (110/110) with a thesis titled Chemical-nutritional characteristics of Valle d’Aosta forages and diets optimization for lactating dairy cows conducted in the Istituto di Zootecnia under the supervision of Prof. Giuseppe Bertoni and Prof. Luigi Calamari. In April 2001, I started my PhD in the same Istituto di Zootecnia under supervision of Profs. Bertoni and Calamari plus Prof. Erminio Trevisi where I worked on transition dairy cows and a system for animal welfare evaluation on dairy farms. In 2002, I had the opportunity to spend 6 months in the laboratory of Prof. James Drackley in the department of Animal Sciences at University of Illinois at Urbana-Champaign as visiting scholar. I defended my PhD in April 2004 with the thesis titled "Studies on relationships between hepatic functionality and inflammatory phenomena around parturition. Results on productive and reproductive performances". In December 2004, I had the opportunity to move to Pennsylvania (US) 1 year as post-doctoral scholar with Prof. Gabrielle Varga in the department of animal science at PennState University. There I started to work on nutrigenomics. In January 2006, I moved to the mammalian nutriphysiogenomics laboratory of Prof. Juan J Loor where I continued ,my research on nutrigenomics but I was also trrained on physiogenomics and systems biology. In May 2009, I moved into the laboratory of stem cell biology and bioengeneering of Prof. Matthew Wheeler where I performed research on mesenchymal stem cells for adipogenesis and bone regeneration. In November 2012, I moved to Oregon State University where I started my position as Assistant Professor in dairy nutrigenomics and management. 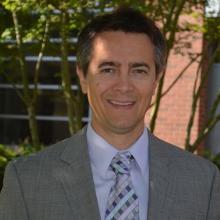 Department of Animal and Rangeland Sciences